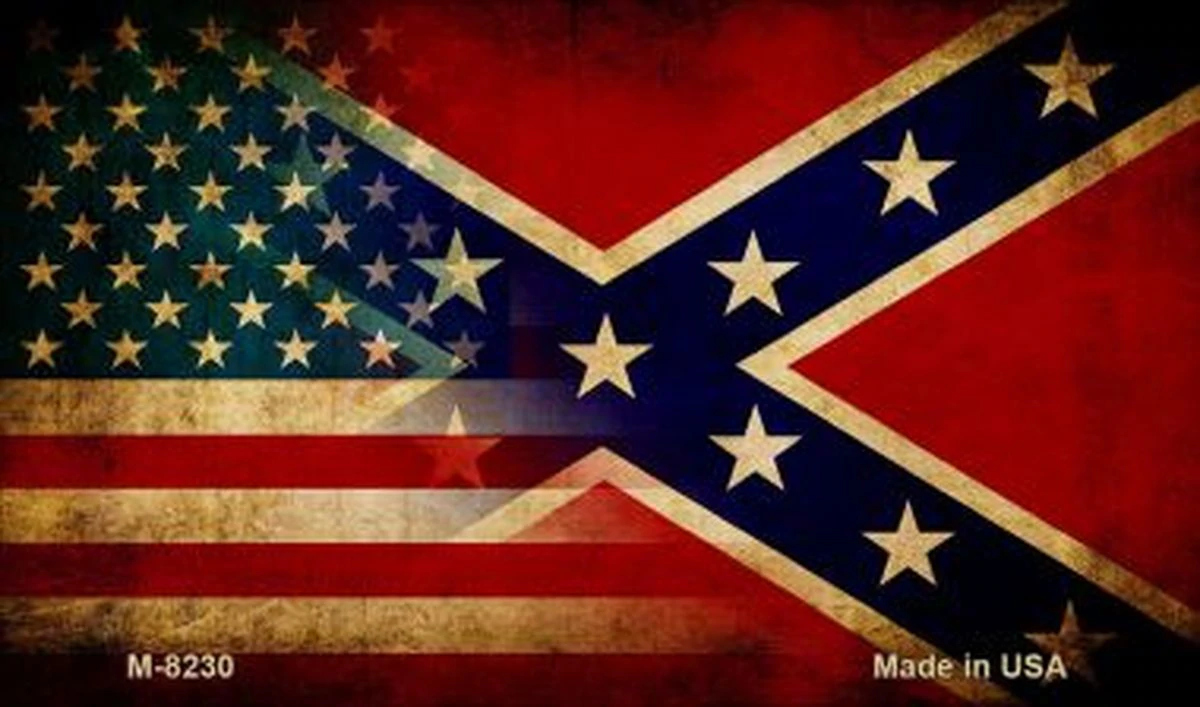 The amerikkkan flag represents the same principles as the confederate flag (Image taken from a google search).

When Black people take a knee or simply don’t stand for the national anthem it is taken as a sign of disrespect toward the flag. A flag that they claim represents their grandfather’s fight for my liberation, the liberation of Black people. They say this statement proudly as if, my grandfathers didn’t fight for their own liberation during the war as well. A liberation they never truly received. The whole point of kneeling during the national anthem is for you to see that the same ancestor you claim I’m disrespecting is the same ancestor that saw my ancestor as property. You claim that the flag is our unity, our freedom, our pursuit of happiness. However, anytime that anthem comes on and the flag is raised, my people are left in the shadows of that flag still suffering. What does that mean about the representation of your flag? It is not unity, it is a slap in the face to the Black people who have been fighting for change since they were kidnapped off the shores of Africa. It means a piece of fabric matters more than the flesh and blood of a human being you claim to have the same liberties as you.

You ask us to be peaceful, and when we are, it is disrespectful. We go unheard and unseen for years spelling out hashtags and writing legislation, and we are still unheard and stuck behind the flags shadow. We go out into the streets and scream out our demands for change, and the most we get is media coverage, tear gas, more police brutality, and the Simpsons recreating their Black characters. This is not what we asked for and you all know this!

“Stop using the flag as a blindfold against racial injustice” (unknown). When kneeling or sitting during the national anthem. we are asking that you pause the music, put down the flag and listen to us tell the story of what that flag really means to the rest of this country, to the people who built this country. White supremacists are using the flag as some kind of sacred token for all the people of the united states while ignoring the suffering of all people of the united states. I never understood how people can celebrate the 4th of July knowing that when the fireworks were sounding loudly in the 16th century, the whips on the backs of my ancestors were much louder. I never understood how this is still nationally recognized as the independence day for the united states of america when no one was free but old white men in wigs and silly get ups. I could never stomach how Juneteenth is just now being recognized as a company wide holiday at the very most and a small house hold conversation about racial injustice because nickelodeon told you to finally talk about the truth of this country to your white privileged children at the very least.